I’m resurrecting this blog after many years (last update was 2010).

I will write about some chronic issues that I’ve encountered over the years, and which never go away or seem to improve. These are the major speed-bumps in my teaching.

After teaching for over 30 years, and now approaching retirement, I want to pass on whatever wisdom or insight I may have acquired with regard to teaching English to college students in Japan, and if possible, to throw some light onto these major stumbling blocks or obstacles.

The major obstacle, I’ve found,  is a culture gap: a gap between (obviously) my English/British/European culture and the Japanese, but also a gap between European and Japanese values, and perhaps between the older and the younger generation.  The gap is only partly linguistic: it is not just because they don’t speak or understand English and my Japanese is still limited. It is also because of major differences in values. The problem becomes one of how to identify these differences, and then how to talk about them and resolve them if possible. Until recently, I had no real way to talk about them with students, except privately with a very few interested ones, and mostly they would agree with me but be unable to offer any practical suggestions for future action.

Here is a brief summary of some of the issues I encountered, with a list below of other topics I plan to address in future posts: END_OF_DOCUMENT_TOKEN_TO_BE_REPLACED 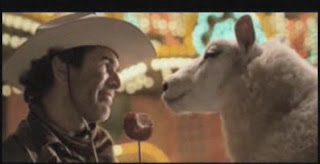 Here’s a good example of how your words may not always convey what you intend them to convey:

The video clip’s actually in French, but that’s not the cause of the “mis-translation”.

The secret of Brokebank Mountain.

From a comment Larry left, I discovered his blog, and from there this page of resources for students. An impressive list, although there are lots more resources than student-produced pages.

One of the links was to Dandelife “a social biography network”.

One of the stories I clicked on at random referred to sleep apnea and a successful treatment this guy found called Continuous Positive Airway Pressure, which I wasn’t particularly interested in until I read this: The examples and perspective in this article or section may not represent a worldwide view of the subject.

The Wikipedia article on this topic and a related one on the Neutral Point of View, are both fascinating, revealing a global awareness and how this affects point of view, bias and accuracy in writing, something I blogged about a few months ago: blogging to broaden your perspective. If you’re writing on the Internet, you can assume you’ll get readers from all over the world, and you can’t assume, as so many writers do, that your readers are like you, or have the same point of view.

On the Wikipedia page on countering systemic bias, I found these points to be particularly interesting: A couple of days ago, I had a final, last-day-before-the-summer-vacation class. As we had already had our exams and tests, I brought in a couple of English games: Clue and Scrabble. We played Clue(do) first.

This is a board game with cards for all the suspects, the murder weapons and the rooms in the mansion. By a process of elimination, players figure out who dunnit using what weapon and where: a player enters a room and makes a guess; if the player to her left has any one of the cards (suspect, weapon, room) named in the guess, that player must show the card.

It was amusing to watch my students play. They did not seem to know the concept of elimination. They all seemed to be most pre-occupied with finding out what cards the other players held, not by elimination but by pure guesswork. Whenever a player, in response to another player’s guess, showed that player a card, some would shout “Oh, I know! I know” (often, this was mere theatre), while others shouted, “Wait! Just hang on a minute!!” while they perused their own cards and stared with fierce concentration at the board.

Very soon after the game began, at least two of the 6 players abandoned their checklist saying it was no help or it confused them! The other players sometimes used their checklists and sometimes not. It seemed that, rather than using a process of elimination, they were trying to intuit which cards were in the envelope (the crime cards). Some students actually encouraged each other, or claimed to, “read the air” literally (空気を読む kuuki wo yomu).

I was strongly reminded of John Holt’s elementary school pupils who seemed to avoid using their knowledge and powers of reasoning, and, instead, using guesswork and intuition to try and divine the “right answer”.

If I were teaching people from my own or a similar (say, European) culture, I would have no hesitation in labelling these efforts as misguided, ineffective and “wrong”. But I’m a stranger in a strange land. For all I know, this way of “thinking” may be just as effective as my Western rationalism. I have come across some examples of intuition in this culture which I would flatly have refused to believe if I had heard about them at second-hand and not experienced them myself.

Students seem to use a similar approach when learning English: rather than recognizing patterns or thinking things through using their knowledge of English syntax or spelling patterns, they try to intuit (pronunciation, meanings of words or phrases) – they are hoping to hit the jackpot with an inspired guess.

A slightly different tactic, but which to my mind springs from the same mindset, is to try and memorize everything: when practicing conversations, I fondly imagine I am giving them the lexical and syntactical “building blocks”, which they must then put together to create something new. But often they reproach me saying they are not ready, they haven’t memorized the examples yet!

Despite my tendency towards cultural relativism (not to be confused with moral relativism), I still strongly suspect that my students are trying to take a short-cut where there isn’t one.

So, which is it? Are these students culture-bound, using an approach to learning which is familiar to them, but unfamiliar to me, and which I should therefore tread lightly around before criticizing? Or are they exhibiting a tendency fostered by schools? A tendency that John Holt described as a strategy* designed to fool their teacher into thinking they know what they really don’t know?

*The anxiety children feel at constantly being tested, their fear of failure, punishment, and disgrace, severely reduces their ability both to perceive and to remember, and drives them away from the material being studied into strategies for fooling teachers into thinking they know what they really don’t know. 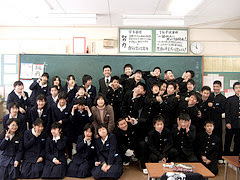